On 5 and 6 November 2019 I (Bruno Rijsman) took part in the Pan-European Quantum Internet Hackathon organized by RIPE labs. 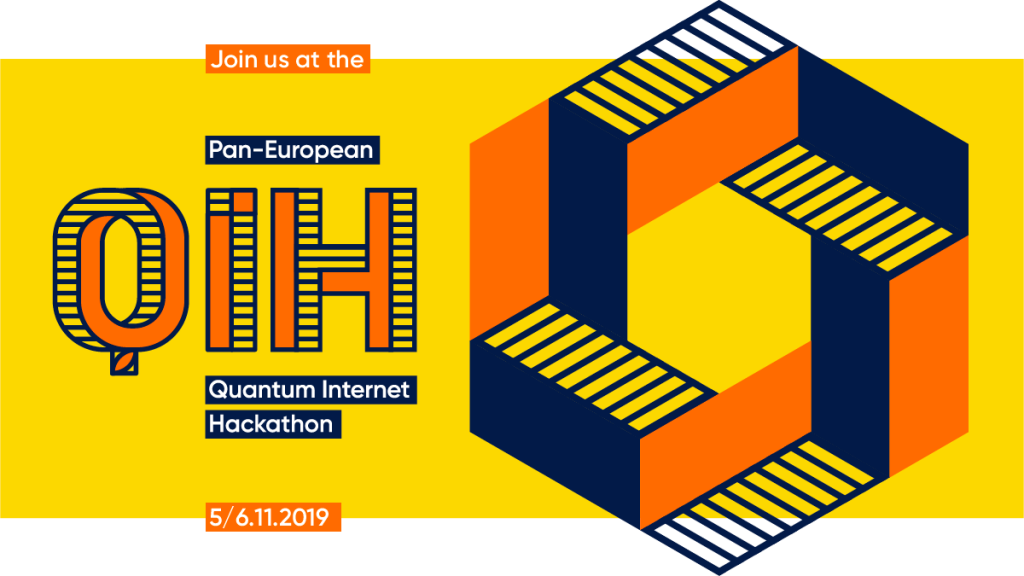 I participated in Delft where the hackathon was hosted by QuTech, a world-leading quantum technology research and development office within the Delft University of Technology.

In Delft, I joined Yvo Keuter and Tim Janssen to form a team working on one of the challenges suggested by the hackathon organizers, namely the OpenSSL integration challenge.

The end-goal of the challenge is to use an off-the-shelf browser (e.g. Chrome) and connect it to a secure HTTPS website hosted on an off-the-shelf web server (e.g. Apache), while using the BB84 quantum key distribution algorithm as the key agreement protocol (running a SimulaQron simulated quantum network), instead of the classical Diffie-Hellman protocol that is normally used in classical networks.

The following figure shows what was actually achieved soon after the end of the hackathon (see part 4 for more details). At some time in the future I will replace the “mock QKD” implementation with a “real” implementation of BB84 QKD and update this report to document the results (I put “real” in quotes because it will run on a simulated quantum network using SimulaQron). 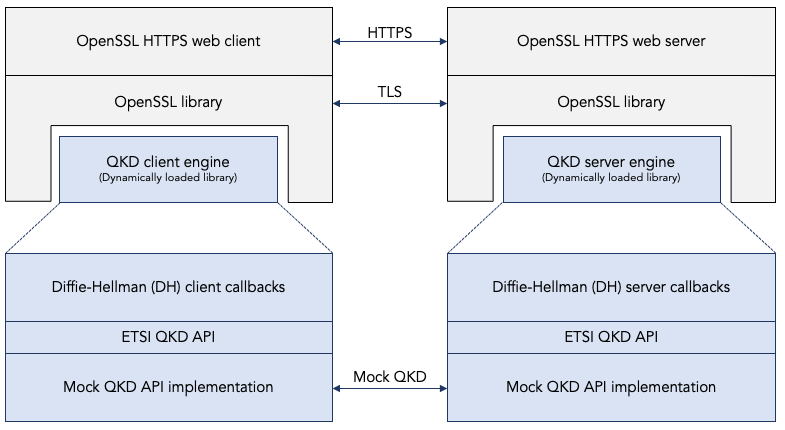 Structure of this report

In this report I describe how we achieved the goals set forth by the OpenSSL integration challenge.

The report consists of multiple parts (if you are already familiar with classical cryptography and quantum cryptography you probably want to skip ahead to part 4 which describes the actual implementation):

At some point in the future, I also plan to implement BB84 on top of SimulaQron and add a part 5 to this report to document that work.